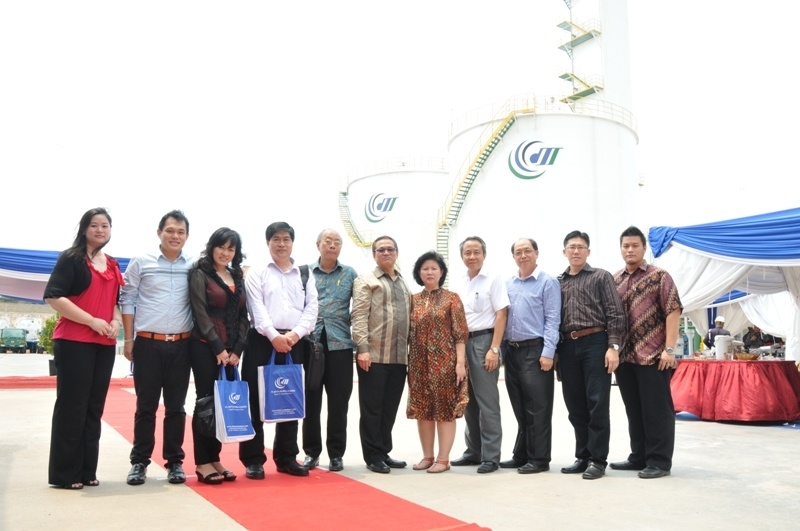 To meet the demands of Batam City and Riau Islands, for the need for liquid gas for industry, as well as preparing the largest gas infrastructure, PT. Duta Surya Sukses as a provider of gas demand facilities, Wednesday (3/10/2012) morning, officially operates.

Sukiat Kusuma, President Director of PT. Duta Surya Sukses explained that the company, which is located in the Tanjung uncang Industrial area, has a fairly complete fleet. Such as Cryogenic Storage Tank (VIE), Transport Tank (ISO), Portable Liquid Containers and Ton Tanks to provide our customers with liquid gas needs. “Depending on the volume of use, we can provide a large supply of industrial gas, with a pipeline for installing storage tanks,” he said on the sidelines of the anniversary of PT Duta Surya Suskses. To meet the demand for industrial gas in Batam City which is driven by large infrastructure development, the increasing demand for industrial gas in Batam is quite high, he added.

“We provide several supports consisting of a water separation unit which is useful for separating atmospheric air into three primary components, such as Nitrogen, Oxygen and Argon,” he added,

The separation process uses Cryogenic Temperature Distillation or Refinement methods which separate the different gases through a series of filtration, compression, purification, cooling condensation, and evaporation steps. And the Air Separation Unit (ASU) will later produce purified Liquid Nitrogen, Oxygen and Argon gas for customers in various industries, such as shipyards in Batam in particular and Riau Islands. “To meet the needs of industrial liquefied gas in Batam, PT. Duta Surya Sukses also produces 200 tons of ASU per day,” he added.